Mayors of Broomfield and Maruko signed the first "Friendship City" document in May, 2001.  In 2005, Maruko and other smaller municipalities merged to become part of the larger community of Ueda. Broomfield's and Ueda's mayors signed an updated agreement in 2006. A Broomfield City Council memorandum authorized the agreement now in use.

The "Friendship City" Relationship states that the program's intent is to:
​
Provide opportunities for city officials and citizens to experience and explore other cultures through long-term community partnerships.

Create an atmosphere in which economic and community development can be implemented and strengthened.

Stimulate environments through which communities will creatively learn, work, and solve problems together through reciprocal cultural, educational, municipal, business, professional and technical exchanges and projects.

This website focuses on the reciprocal cultural and educational exchanges by students.  Since 2001, Ueda students have visited Broomfield in each odd numbered year, and Broomfield has sent ambassadors to Ueda in even numbered years. 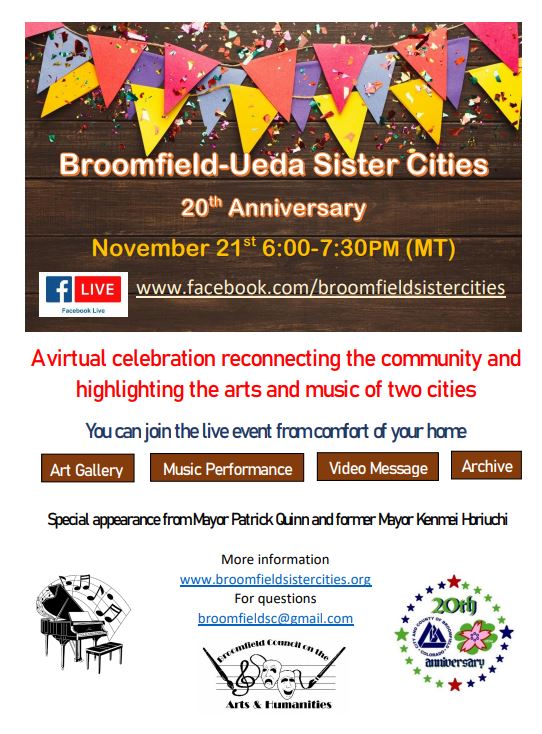 Typical Meetings are:
3rd Wednesday of the month at 7 p.m.
Broomfield Library, 3 Community Park Road
No Meeting in November or December